To Live Outside the Law 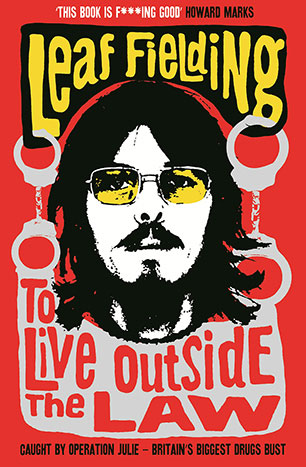 The story of Britain's biggest ever drugs bust.

'Listen, Leaf,' Pritchard said, 'the hash is neither here nor there. You're in a lot more trouble than possession of a bit of dope. You've got big problems, man. big problems.' He looked at me with something akin to sympathy. 'How did you get into such a fix?'

I'd been asking myself the same question. Operation Julie in 1977 remains Britain's biggest ever drugs bust. The work of eleven police forces, it resulted in the break-up of one of the largest LSD co-operatives in the world, the arrest of 120 people and, according to reports, the seizure of six million trips' worth of LSD crystal, valued at 100 million pounds. Overnight, the price of a tab went from 1 to 5 pounds.

This is the first insider account of how it felt to be caught up in - and by - Operation Julie.
More books by this author

Twenty-eight years after his release from prison Leaf Fielding has been a teacher in Spain and a philanthropist, setting up a home for orphans in Malawi. He now sells organic produce in the region of the south of France where he lives.