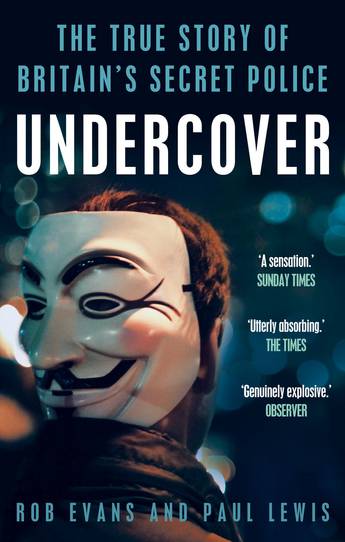 The breathtaking expose of a top-secret campaign of surveillance against British citizens, now fully updated.

The gripping stories of a group of police spies - written by the award-winning investigative journalists who exposed the Mark Kennedy scandal - and the uncovering of forty years of state espionage. This was an undercover operation so secret that some of our most senior police officers had no idea it existed. The job of the clandestine unit was to monitor British 'subversives' environmental activists, anti-racist groups, animal rights campaigners.

Police stole the identities of dead people to create fake passports, driving licences and bank accounts. They then went deep undercover for years, inventing whole new lives so that they could live incognito among the people they were spying on. They used sex, intimate relationships and drugs to build their credibility. They betrayed friends, deceived lovers, even fathered children. And their operations continue today.

Undercover reveals the truth about secret police operations - the emotional turmoil, the psychological challenges and the human cost of a lifetime of deception - and asks whether such tactics can ever be justified.
More books by this author

Paul Lewis, the Guardian's Special Projects Editor, is the journalist behind revelations about police involvement in the death of newspaper vendor Ian Tomlinson at the G20 protests. He is the winner of the Bevins Prize for Outstanding Investigative Journalism and was voted Journalist of the Year and the British Press Awards 2010. Rob Evans, a Guardian reporter since 1999, has won awards for exposing corruption such as BAE's corrupt payments and for his freedom of information work. He is the author of Gassed, a book published in 2000 revealing British chemical warfare experiments on soldiers.