Notes Towards the Definition of Culture 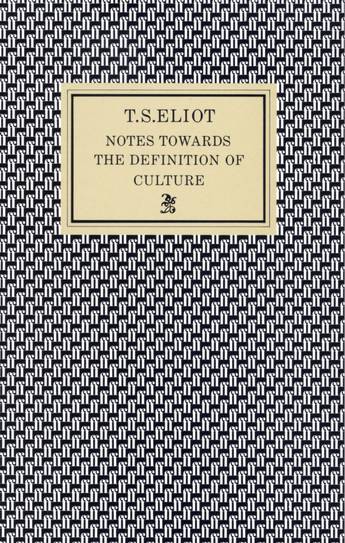 Download cover
Availability: Not available to order from this website, please try another retailer
The term culture . . . includes all the characteristic activities and interests of a people; Derby Day, Henley Regatta, Cowes, the twelfth of August, a cup final, the dog races, the pin table, the dart board, Wensleydale cheese, boiled cabbage cut into sections, beetroot in vinegar, 19th century Gothic churches and the music of Elgar. The reader can make his own list . . .'In this famous essay T. S. Eliot examines the principal uses of the word, and the conditions in which culture itself can flourish'So rich in ideas that it is difficult to select two or three of them for comment . . . it is a natural history of culture.' Sunday Times
More books by this author