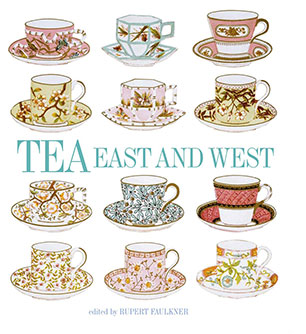 An evocatively illustrated book that tells the story of tea around the world and celebrates its contribution to civilised existence, past and present.

There are as many ways of growing and preparing tea as there are ways of serving and enjoying it, and this delightful history explores them all, from the time honoured intricacies of the Japanese tea ceremony to the advent of the teabag and instant tea. Tea has indeed influenced the course of history, shaping trade routes and contributing to the causes of the Opium Wars, which saw China reduced from a great imperial power to a shadow of its former self. In the West we indirectly owe the vogue for chinoiserie and 'japanning', the development of porcelain, and the design of the clippers like the Cutty Sark to the craze for tea. The tea-party was as much a staple of social life in ancient China as in the nineteenth-century drawing-rooms of Europe, and bricks of tea transported perilously by yak caravan were as central to like in the Tibetan monastery as the gently simmering samovar was to the life of imeperial Russia. The illustrations are drawn from a wide range of sources and reflect all these themes - from tea-pickers in the Himalayas, to the fragile porcelain of the far East or the electric samovars used in Russia today.
More books by this author

Rupert Faulkner is Senior Curator in the Asian Department at the Victoria and Albert Museum, where he is responsible for the collections of Japanese ceramics, contemporary crafts and ukiyo-e woodblock prints. His publications include Masterpieces of Japanese Prints: Ukiyo-e from the the Victoria and Albert Museum (1991), Japanese Studio Crafts: Tradition and the Avant-Garde (1995) and Hiroshige Fan Prints (2001).