A memoir of family, loss and hope 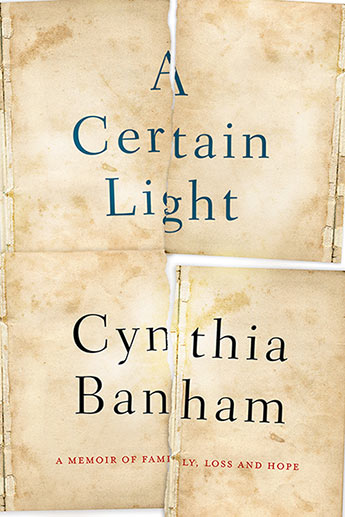 With great courage and empathy, Cynthia Banham asks the difficult questions about family, about survival, and fearlessly tells the stories that are never told.

'Life is not defined by the bad things that happen to us. It certainly isn't for me.'

Written for her young son so that he would know what had happened to his mother, Cynthia Banham's inspiring family memoir uncovers a true picture of what survival means:

'This book tells a story that I tried to write many times before, but couldn't. For a long time, it was too painful to tell. It is also one I hadn't known how to tell. It had to be more than a story about surviving a plane crash, a random event without intrinsic meaning.'

Unable until now to write her own story, Cynthia found that the lives of her Italian grandfather, Alfredo, and his intriguing older sister, Amelia, resonated with her own. Discovering their sacrifice, joy, fear and love, from Trieste to Germany and America, and finally to Australia, their stories mirror and illuminate Cynthia's own determination and courage in the face of overwhelming adversity.

From a remarkable writer, and told with unflinching honesty and compassion, A Certain Light speaks to the heart of what really matters in life.
More books by this author

Cynthia Banham is a writer. She grew up in Sydney and worked there as a solicitor and, later, a journalist. Cynthia completed a Doctor of Philosophy and a Master in International Affairs at the Australian National University. In 2015 she was awarded a UQ Fellowship at the University of Queensland to research and teach in the School of Political Science and International Studies. Her first book, Liberal Democracies and the Torture of Their Citizens, based on her doctoral thesis, was published in 2017. She is currently a Visitor at the ANU's School of Regulation and Global Governance (RegNet).


She met her husband, Michael, while reporting for the Sydney Morning Herald in the Federal Parliamentary Press Gallery. Michael introduced her to Australian Rules football and she is now an ambassador for the Sydney Swans Football Club.

A Certain Light Chapter Sampler by Allen & Unwin on Scribd