The Radical Science and Restless Politics of J.B.S. Haldane 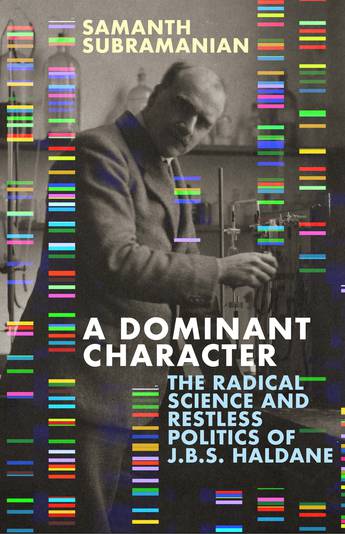 The bold and brilliant biography of maverick British scientist J.B.S. Haldane, one of the twentieth-century's greatest thinkers, by an award-winning author.

Shortlisted for the Duff Cooper Prize 2020.

'A wonderful book about one of the most important, brilliant and flawed scientists of the 20th century.' - Peter Frankopan

J.B.S. Haldane's life was rich and strange, never short on genius, never lacking for drama. He is best remembered as a geneticist who revolutionized our understanding of evolution, but his peers thought him a polymath; one student called him 'the last man who knew all there was to be known'.

Beginning in the 1930s, Haldane was also a staunch Communist - a stance that enhanced his public profile, led him into trouble, and even drew suspicions that he was spying for the Soviets. He wrote copiously on science and politics for the layman, in newspapers and magazines, and he gave speeches in town halls and on the radio, all of which made him, in his day, as famous in Britain as Einstein. Arthur C. Clarke called Haldane 'the most brilliant science popularizer of his generation'. He frequently narrated aspects of his life: of his childhood, as the son of a famous scientist; of his time in the trenches in the First World War and in Spain during the Civil War; of his experiments upon himself; of his secret research for the British Admiralty; of his final move to India, in 1957.

A Dominant Character unpacks Haldane's boisterous life in detail, and it examines the questions he raised about the intersections of genetics and politics - questions that resonate all the more strongly today.
More books by this author

Samanth Subramanian's journalism has appeared in the New Yorker, the New York Times Magazine, the Guardian, Harper's and WIRED. His first book, Following Fish: Travels Around the Indian Coast, won the Shakti Bhatt First Book Prize and was shortlisted for the Andre Simon Prize. His second, This Divided Island: Stories from the Sri Lankan War, won the Crossword Non Fiction Prize and was shortlisted for the Samuel Johnson Prize and the Royal Society of Literature's Ondaatje Prize.