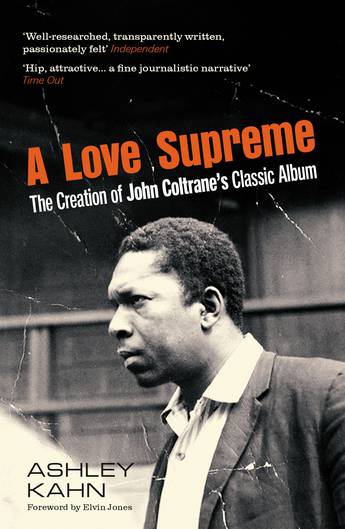 With a new introduction for the 55th anniversary of the album's release, this is Ashley Kahn's seminal work on John Coltrane's masterpiece A Love Supreme.

A deeply researched and beautifully illustrated study of saxophone legend John Coltrane's signature album. Written with the full co-operation of the Coltrane family and featuring the voices of musicians, producers and writers of the 1960s, Kahn has also unearthed rare, unpublished interviews with Coltrane and bassist Jimmy Garrison. The book also features commentary from contemporary music stars including Carlos Santana, Bono, Phil Lesh, Patti Smith, Ravi Shankar and Steve Reich.
More books by this author More books in this series

Ashley Kahn is the author Kind of Blue: The Making of the Miles Davis Masterpiece and A Love Supreme: The Creation of John Coltrane's Classic Album, both published by Granta Books. He is a contributor to Rolling Stone, the New York Times and Mojo. He lives in New Jersey.