A Search For Belonging 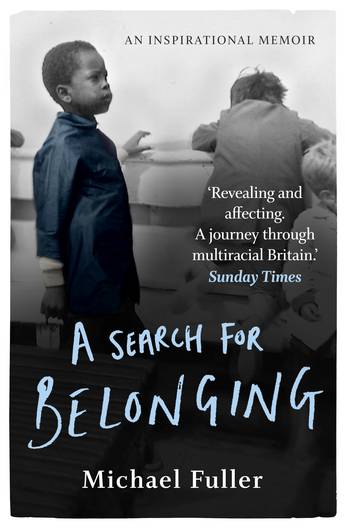 A hard-hitting and honest memoir from Michael Fuller, Britain's first black Chief Constable, who reflects on his astonishing life growing up in care and his extraordinary experience of the race and cultural barriers in his career.

'Absorbing...revealing and affecting. There are pleasures here, and lessons to be learnt, whatever colour you are' - The Sunday Times

A story about race, identity, belonging and displacement, A Search for Belonging is the memoir from Michael Fuller - Britain's first ever black Chief Constable, whose life and career is not only a stark representation of race relations in the UK, but also a unique morality tale of how humanity deals with life's injustices.

Michael Fuller was born to Windrush-generation Jamaican immigrants in 1959, and experienced a meteoric career in policing, from the beat to the Brixton inferno, through cutting edge detective work to the frontline of drug-related crime and violence on London's most volatile estates. He took a pivotal role in the formation of Operation Trident, which tackled gun crime and gang warfare in the London community, and was later appointed as chief constable of Kent.

A Search for Belonging is a raw and unflinching account of a life in policing during a tumultuous period of race relations throughout the UK.
More books by this author

Michael Fuller was the first ever ethnic minority chief constable in the UK. He joined the Metropolitan Police Service in 1975 as a cadet and served in uniformed and CID positions throughout London. Michael has helped set up the Racial and Violent Crime Task Force and Operation Trident.