The Diversity Manifesto for TV and Beyond 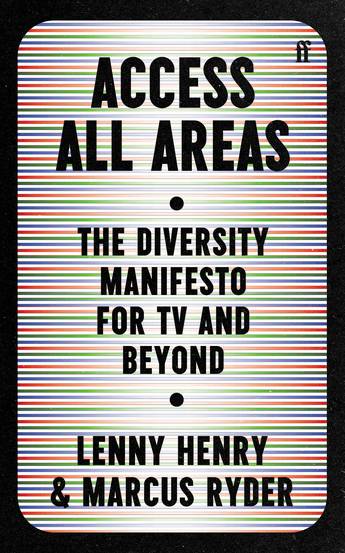 A revolutionary manifesto from the legendary Sir Lenny Henry reveals why diversity in the media is vital, and shows us how we can set about achieving it.

Sir Lenny Henry rang up the Office for National Statistics to confirm something he'd been thinking about for a long time. They told him that only 29.5% of the United Kingdom's population is made up of white, heterosexual, able-bodied men; so, he wonders, why do they still make up the vast majority of people we see in our media?

Joining forces with the former Chair of the Royal Television Society's Diversity Committee Marcus Ryder, he draws on decades of experience to reveal why recent efforts to diversify media have been thus far ineffective, and why they are simply not enough. With wit, humour and unflinching gravitas they analyse the flaws of current diversity initiatives, point out the structural and financial imbalances working against the cause, and provide clear solutions to get the media industry back on track.

Access All Areas is an urgent, actionable manifesto that will dramatically shift the debate around diversity and the media.
More books by this author

Sir Lenny Henry has been a comedian since the age of 16. He has risen from being a cult star on children's television to one of Britain's best-known and most celebrated comedians,
as well as a writer, radio DJ, TV presenter, co-founder of Comic Relief, and award-winning actor. Henry has a PhD in Media Arts and is currently the Chancellor of Birmingham City University, and in was awarded knighthood in the 2015 Honours for services to charity and drama. Henry has also been invited by the UK Government to discuss diversity in the entertainment industry on numerous occasions.