All the Burning Bridges 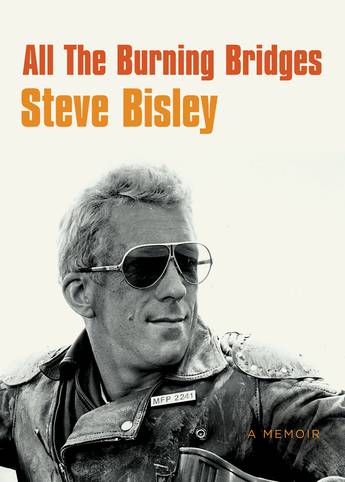 A thousand steps from the farm to the blue black highway, the adventure continues...

In the sequel to his highly acclaimed first memoir Stillways Steve Bisley lands smack dab in the middle of Sydney. It's 1966. High-waisted bell bottom pants, paisley body shirts, velvet jackets, platform shoes and a lust for everything life has to offer him. And it offers him a lot.

From cadet graphic artist to private eye, lover, fighter, dreamer, milk man, truck driver and everything in between and then some. Till the day he auditions for the acting course at The National Institute of Dramatic Art and to his dismay is accepted, along with fellow classmates Judy Davis and Mel Gibson. Three years later, on their graduation day, Mel and Steve are cast in a film that will change their lives forever. The Iconic Australian cult film Mad Max.
In this sensory and poetic memoir, actor Steve Bisley reflects on loving, losing, wrecking and running - the bridges burned - in the decades since hitchhiking away from the small family farm on the central coast of NSW in the 1960s. He explores with confronting honesty what it is to live on the edge of uncertainty, regret, despair and depression as an actor, lover and father, a life held together at times "by bits of frayed cotton and Perkin's paste and hope".
More books by this author More books in this series

Steve Bisley has been a film and television actor for more than 30 years, best known for his roles in Mad Max and The Great Gatsby, and as Detective Jack Christy in the long-running television series, Water Rats. He has most recently played Jim Knight in the popular Nine Network drama, Doctor Doctor.