Allies in War, Adversaries in Peace 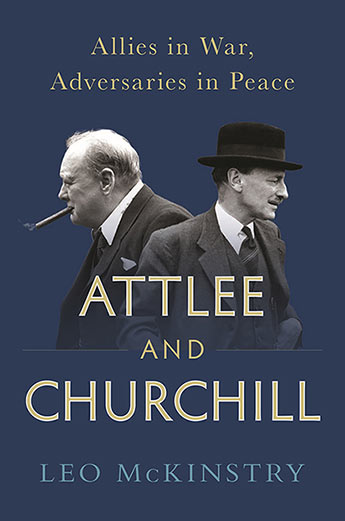 A groundbreaking and revealing portrait of two of the greatest British political leaders by a prize-winning historian.

Throughout history there have been many long-running rivalries between party leaders, but there has never been a connection like that between Churchill and Attlee. Brought together in the epoch-making circumstances of the Second World War, they forged a partnership that transcended party lines for five years.

If Churchill was the giant of the war, Attlee was the hero of the peace. In a sense the two men represented different sides of the best of the English character: Churchill, quivering with martial spirit, showed that spirit of courageous determination which had led to the triumphs of Agincourt and the creation of the largest empire the world had ever seen; Attlee, on the other hand, embodied that quintessentially English decency, stoicism, fair play and dislike of showiness.

In this ground-breaking book, Leo McKinstry provides a host of new insights into the two most compelling leaders of the mid-twentieth century, and creates a gripping narrative that tells anew the story of one of the most vibrant, traumatic and inspiring eras in modern British history.
More books by this author

Leo McKinstry is a first-class historian of the Second World War and author of the bestselling Spitfire and Hurricane. He writes regularly for the Daily Mail, Sunday Telegraph and Spectator. Born in Belfast he was educated in Ireland and at Cambridge University.