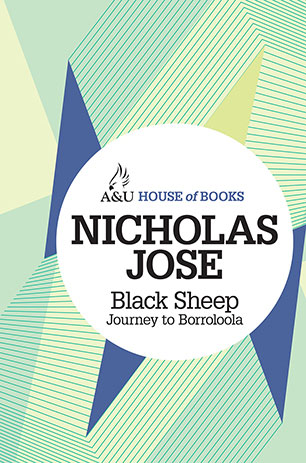 Nicholas Jose's report on Australia's Far North has an engagingly anecdotal air, but the easygoing surface is a cover for a disturbing story of dispossession and genocide.' J.M. Coetzee

'I was a child when I first heard of him . 'There was a photograph of an old man with a prophet's beard and funny clothes standing outside an odd corrugated-iron dwelling in the middle of nowhere. Roger Jose lived with his Aboriginal wife in an upside-down water tank in a place called Borroloola. He used to push her along in a wheelbarrow because she was too fat to walk. He was about as far beyond the pale as you could go. 'living blackfella' in a policeman's disapproving words.'

In this highly original book - history, travel book, memoir, quest - the author sets out to discover Roger Jose, perhaps a distant relative, and his life in a remote Aboriginal community on Australia's farthest shore, reading world literature and evolving his own radical philosophy. Roger's chosen motto, still pinned up in Borroloola, was 'Man's greatness is the fewness of his needs.' In his journey through the Gulf of Carpentaria searching for Roger, Nicholas Jose also met a young Gangalidda man, Murrandoo Yanner, representative of some of the most deprived Aboriginal communities in Australia who has committed himself to fighting for his people's rights in their vast and beautiful traditional territory.

This book is the absorbing response of a modern writer to his own heritage.
More books by this author

Nicholas Jose was born in 1952 in London and grew up in Adelaide, South Australia. He has published stories, essays, translations, a memoir and several novels, including Paper Nautilus (1987), Avenue of Eternal Peace (1989), The Rose Crossing (1994) and The Custodians (1997). He is also the general editor of the Macquarie PEN Anthology of Australian Literature, published in 2009.