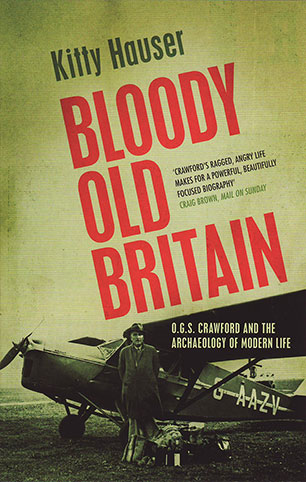 A clear-eyed portrait of a pioneering archaeologist and aerial photographer who taught us to read the British landscape.

O.G.S. Crawford (1886-1957) thought history held the answers to everything. A field archaeologist, he later became a photographer flying over the Western Front during WW1 - an experience that made him a pioneer of aerial archaeology. An impassioned Marxist, it seemed to him that contemporary 1930s Britain would soon disappear, conquered by history's inevitable march to world socialism, and he made a photographic study of everyday things - churches and advertising hoardings - as future evidence of how unenlightened British society had once been. Later there came angry disillusionment and a book, too bitter to be published, called Bloody Old Britain.

In recounting Crawford's extraordinary story, Kitty Hauser uses many of his photographs and penetrates neglected but fascinating aspects of British life and belief that have themselves become history.
More books by this author

Kitty Hauser was born in 1971 and has a doctorate in modern history from Oxford University. She has published two books, Stanley Spencer and Shadow Sites: Photography, Archaeology and the British Landscape. She is a Research Fellow at the Power Institute in the University of Sydney.