Born on the Fourth of July 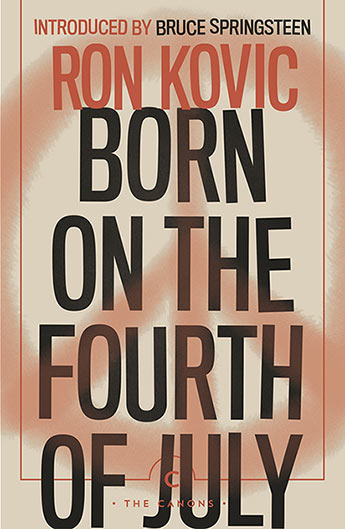 A powerful anti-war statement and memoir, with a foreword by Bruce Springsteen.

Ron Kovic went to Vietnam dreaming of being an American hero. What he found there changed him profoundly, even before the severe battlefield injury that left him paralysed from the waist down. He returned to an America indifferent to the realities of war and the fate of those who fought for their country. From his wheelchair he became one of the most visible and outspoken opponents of the Vietnam War.

Born on the Fourth of July is a journey of self-discovery, a reckoning with the horrors of an unjust war, a testament to courage and a call to protest. A modern classic of anti-war writing, it inspired an Oscar-winning film, sold over one million copies and remains as powerful and relevant today as when it was first published.
More books by this author More books in this series

Ron Kovic served two tours of duty during the Vietnam War. He was paralysed from his chest down in combat in 1968 and has been in a wheelchair ever since. Kovic was the co-screenwriter of the 1989 Academy Award-winning film based on Born on the Fourth of July.