Call of the Outback

The remarkable story of Ernestine Hill, nomad, adventurer and trailblazer 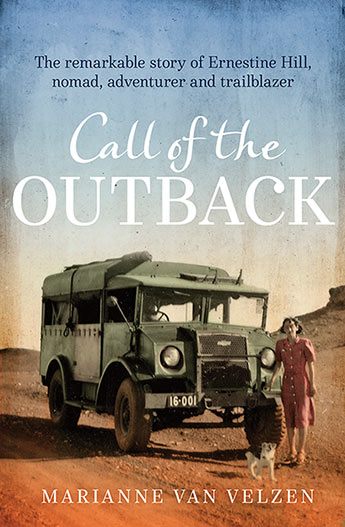 Long before Robyn Davidson wrote Tracks, the extraordinary Ernestine Hill was renowned for her intrepid travels across Australia's outback.

After the birth of her illegitimate son, Ernestine Hill abandoned her comfortable urban life as a journalist for a nomadic one, writing about this country's vast interior and bringing the outback into the popular imagination of Australians.

Throughout the 1930s Ernestine's hugely popular stories about Australia's remotest regions appeared in newspapers and journals around the nation. She still remains famous for her bestselling books The Great Australian Loneliness, The Territory, Flying Doctor Calling and My Love Must Wait.

Call of the Outback provides a vivid portrait of Ernestine, from the early brilliance she showed as a child in Brisbane to her later life. In particular it evokes Ernestine's larger-than-life personality, the exotic landscapes she explored and the remarkable characters she met on her travels.
More books by this author

Marianne van Velzen was born in The Netherlands in 1953 and emigrated to Australia in the mid-1950s. She migrated back to The Netherlands when she was in her teens. After having worked at various jobs she becomes a journalist and later an editor for one of the prominent Dutch publishers, Wegener Press. She has worked in radio and TV. She has a life-long interest in Australia. She was involved in the research for The Diamond Dakota Mystery, published by A&U in 2006. In that year she was also involved in the celebration of the 400 years of bilateral relationships between the Dutch and Australia. In 2007 she worked briefly as a freelance field producer for ABC television for the TV series: Can We Help? In the Netherlands she has translated a number of plays into English. The play of well-known Dutch playwright Ger van Veen, Milk and Honey, was performed in New York at the end of 2008.