The Life and Times of the Tramp 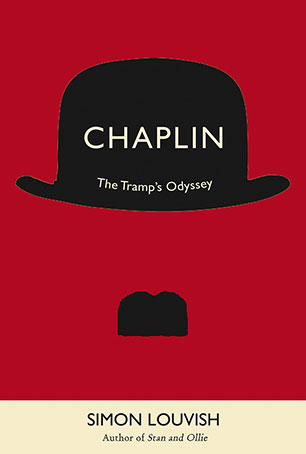 A brilliant new study of the cinema's most famous artist .

Whose tramp persona is famous the world over, even to those who have never seen his films .

An everyman who expressed the defiant spirit of freedom, Charlie Chaplin was first lauded and later reviled in the America that made him Hollywood's richest man. He was a figure of m ultiple paradoxes, and many studies have south to unveil 'the man behind the mask.' But Simon Louvish's new book - following on from his five major biographies of comedy's classic stars, from W.C. Fields to Laurel and Hardy to Mae West - looks afresh at the 'mask behind the man.'

Louvish chartsthe tale of the Tramp himself through his films - from the early Mack Sennett shorts through the major features (such as The Gold Rush, Modern Times, The Great Dictator). He weighs the relationship between the Tramp, his creator, and his worldwide fans, and in doing so retrieves Chaplin as the iconic London street-kid who carried the 'surreal' antics of early British Music Hall triumphantly on to the Hollywood screen. Louvish also looks anew at Chaplin's and the Tramp's social and political ideas - the challenge to fascism, defiance of the McCarthyite witch-hunts, eventual 'exile', and last mature disguises as the serial-killer Monsieur Verdoux and the dying English clown Calvero in Limelight.

This book is an epic journey, summing up the roots of comedy and its appeal to audiences everywhere, who revelled in the clown's raw energy, his ceaseless struggle against adversity, and his capacity to represent our own fears, foibles, dreams, inner demons and hopes.

Simon Louvish is the author of a trilogy of definitive biographies of the great clowns of screen comedy, including Man on the Flying Trapeze (1997), the story of W.C. Fields, Monkey Business: The Lives and Legends of the Marx Brothers (1999), and Stan and Ollie: The Roots of Comedy (2001), all published by Faber. Further film biographies include Keystone: the Life and Clowns of Mack Sennett (2003); Mae West: It Ain't No Sin (2005), and Cecil B. DeMille and the Golden Calf (2007). Since 1985 Louvish has published a series of novels set mainly in the Middle East, including the acclaimed Blok trilogy.Since 1979 he has also been teaching film at the London International Film School and writing for various newspapers and magazines.