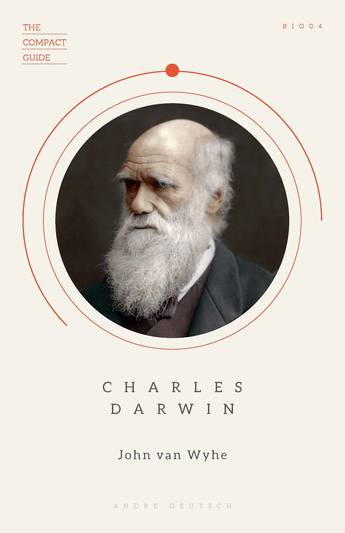 Contains deep analysis on Darwin's life, and includes explanations on the formations of his famous theories - such as how they were hugely shaped by those he encountered on his travels through the Americas on HMS Beagle.

From his expedition aboard the Beagle and his legendary research in the Galapagos Islands, to his marriage and illness and the publication of his groundbreaking works, this book sheds fascinating light on the most remarkable aspects of Darwin's life - the extraordinary adventure of discovery that led Darwin to some of his greatest breakthroughs; the controversy with Alfred Russel Wallace on who first originated the idea of evolution by natural selection; and the Darwin family's prosperous but often tragic home life, and how Charles became one of the first Victorians to reject religion and God.
More books by this author More books in this series

Dr John van Wyhe is an historian of science at the Department of Biological Sciences and a Fellow of Tembusu College, National University of Singapore. He is the founder and Director of Darwin Online, has edited a volume of Darwin's complete shorter publications and a volume of his notebooks from the voyage of the Beagle. He lectures and broadcasts on Darwin around the world.

Category: Other books
ISBN: 9780233006185
Table Of Contents: Introduction • The Abyss of Time • The Abundance of Nature • Charles Darwin: Born a Naturalist • Edinburgh University • Cambridge University • The Voyage of the Beagle • Eastern South America • Don Carlos 'So Much of a Gaucho' • Fossil Discoveries • Tierra del Fuego and the Shock of the Savage • Western South America • The Galapagos: The True Story • Across the Pacific and Around the World • To Marry or Not to Marry? • Journal of Researches • Zoology of the Beagle • Geology of the Beagle • At Home with the Darwins • Barnacles • Putting the Puzzle Together • On the Origin of Species • The Reception of Darwin's Theory of Evolution • Orchids • Variation • The Powers of Plants • The Descent of Man and The Expression of the Emotions • The Sage of Down and the Study of Worms • Darwin's Death and Legacy • Sources • Index • Further Reading.
Publisher: Welbeck
Imprint: Welbeck Non-Fiction
Page Extent: 128
Format: Paperback - B format
Subject: Biography & True Stories