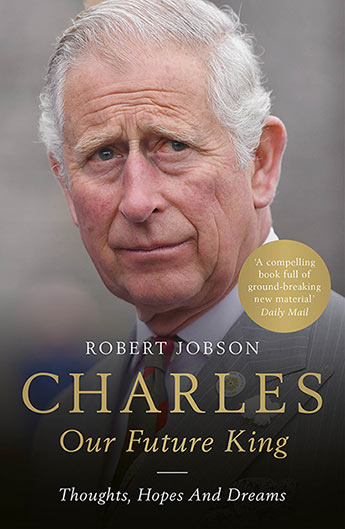 The intimate study that debunked the myths about 'the man who will be King'.

Exploring beyond the banal newspaper headlines that have caricatured our future king over the years, Robert Jobson's biography provides a fresh insight into the extraordinary life of HRH Charles, Prince of Wales as he passes his seventieth birthday at a watershed in the history of the modern British monarchy.

Based on extensive fresh material and resources, the book debunks the myths about the man who will be king, telling his full, true story. The author has met Prince Charles on countless occasions, and draws on the knowledge and memories of a number of sources close to the prince who have never spoken before, as well as members of the Royal Household past and present who have served him during his decades of public service. The book also reveals the truth about the Prince's deeply loving but not always conventional relationship with his second wife and chief supporter, Camilla. The result is an intriguing new portrait of a man on the cusp of kingship.

Charles: Our Future King explores the Prince's complex character, his profoundly held beliefs and deep thinking about religion - including Islam - politics, the armed services, the monarchy and the constitution, providing an illuminating portrait of what kind of king Charles III will be.
More books by this author

Dubbed 'the Godfather of royal reporting' by the Wall Street Journal, Robert Jobson is Royal Editor of the London Evening Standard, Australia's Channel 7 shows Sunrise and The Morning Show, as well as royal commentator for the ABC network's Good Morning America. In the UK he is a regular on BBC, ITV and Sky News. A bestselling author and award-winning correspondent, he has been at the forefront of royal reporting for well over twenty-five years.