A Likeness of James Hogg 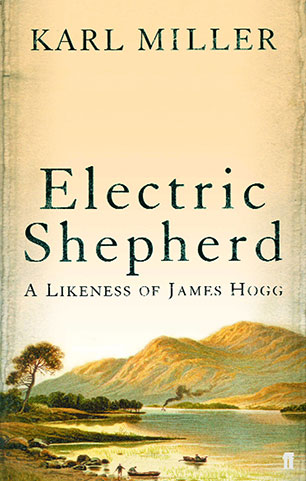 James Hogg's Confessions of a Justifed Sinner is one of the great works of European Romanticism.

In 1803, Walter Scott presented a remarkable guest to his friends. The plaid-clad figure was James Hogg, poet and shepherd, and one of Scotland's most unusual literary figures. With no schooling after the age of seven, Hogg struggled to form his letters, and taught himself the violin to while away the lonely hours working with his flock. Yet he went on to number literary giants such as Wordsworth, Coleridge and Walter Scott among his friends and acquaintances, and to become a renowned poet and novelist. Karl Miller's biography restores this overlooked and fascinating figure to his rightful place in the literary history of Scotland.
More books by this author

Karl Miller grew up near Edinburgh, and went to the Royal High School of Edinburgh. He studied at Cambridge and at Harvard Universities, and then became an editor of journals: literary editor of the Spectator and New Statesman, editor of the Listener.In 1979 he founded the London Review of Books, which he edited for many years. From 1974 to 1992 he was Lord Northcliffe Professor of Modern English Literature at University College, London. Among his books are Cockburn's Millennium, Doubles, and two instalments of biography, Rebecca's Vest and Dark Horses.