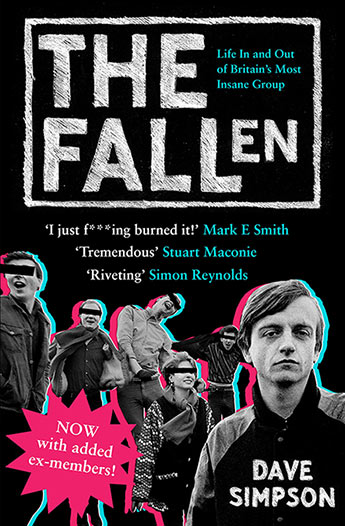 'The best book yet on a band that have evolved into a cross between a large Victorian family and a rehab unit.' The Times

The Fall are one of the world's most iconic groups, led for the last thirty years by the inimitable and enigmatic Mark E. Smith. They have released nearly thirty studio albums, with in excess of fifty musicians passing through their ranks. They are The Fallen; this is their story. Dave Simpson has spent two years of his life tracking down everyone who has ever played in The Fall. The resultant book is full of hilarious and shocking anecdotes about life in one of the country's most intense and insane bands. It is also a biography in reflection of Mark E. Smith, a man who runs his group like a football team, for whom no one member is greater than the Fall.

Featuring a host of new interviews, this is a fascinating insight for all of The Fall's devoted fanbase, which famously included John Peel, and anyone who has ever been curious about the group, and interested in the post-punk cultural landscape of Britain.

Dave Simpson writes on music and the arts for the Guardian newspaper from an isolated base in the North of England. He has been a fan of the Fall since 1979, and once admitted to hating The Beatles.