The Troubles and the Struggle for Change in Northern Ireland 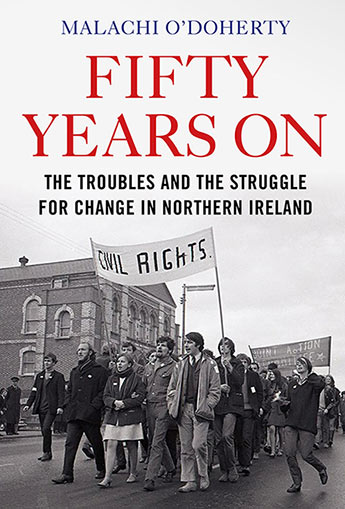 An evocative memoir that explores the Troubles in Northern Ireland and their legacy, published to coincide with the 50th anniversary of the start of the armed violence that marked the beginning of this period.

August 2019 marks the 50th anniversary of an eruption of armed violence that traumatised Northern Ireland and transformed a period of street protest over civil rights into decades of paramilitary warfare by republicans and loyalists, the Troubles. One night of street gun battles led to the British army being ordered in to keep the peace. Belfast would look like a battlefield for a whole generation growing up there.

In this evocative memoir, Malachi O'Doherty recounts his experiences of living through the three decades of the Troubles and the subsequent peace process. Incorporating interviews with political, professional and paramilitary figures, he draws a profile of an era that produced violent trauma, comparing and contrasting it with today and asks how frail is the current peace as Brexit approaches, politics are deadlocked and violence is simmering in both republican and loyalist camps.
More books by this author

Malachi O'Doherty is a writer and broadcaster based in Belfast. He is a regular contributor to the Belfast Telegraph and to several BBC radio programmes. He covered the Troubles and the peace process as a journalist and has written for several Irish and British newspapers and magazines, including the Irish Times, the New Statesman, the Scotsman and the Guardian.