John Cade, lithium and the taming of bipolar disorder 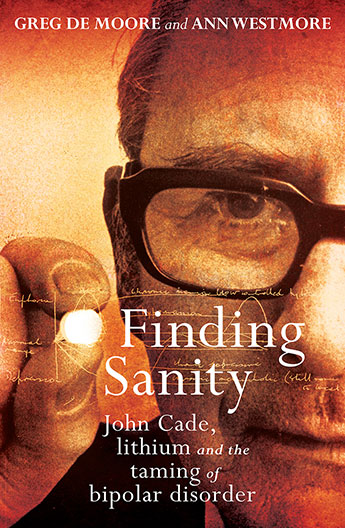 The first biography of the ground breaking Australian doctor who discovered the first pharmacological treatment for mental illness.

For most of human history, mental illness has been largely untreatable. Sufferers lived their lives - if they survived - in and out of asylums, accumulating life's wreckage around them.

In 1948, all that changed when an Australian doctor and recently returned prisoner of war, working alone in a disused kitchen, set about an experimental treatment for one of the scourges of mankind - manic depression, or bipolar disorder. That doctor was John Cade and in that small kitchen he stirred up a miracle.

John Cade discovered a treatment that has become the gold standard for bipolar disorder - lithium. It has stopped more people from committing suicide than a thousand help lines.

Lithium is the penicillin story of mental health - the first effective medication discovered for the treatment of a mental illness - and it is, without doubt, Australia's greatest mental health story.

Greg de Moore is an Associate Professor of Psychiatry based at Sydney's Westmead Hospital. Born in Melbourne of parents who migrated to Australia from Sri Lanka, Greg has lived in Sydney for over 20 years. Outside of the hospital he has combined his medical interests with Australian history to write and co-write two previous books - Tom Wills and A National Game. The biography of Tom Wills was based on ten years of research unearthing original medical records, letters, text books and notes previously believed to have been lost or destroyed. This book won numerous awards and was short-listed for the National Biography Award. Greg has also written on the need to preserve psychiatric records as a precious storehouse of clinical and social history.

Ann Westmore is an Honorary Fellow in the Health Humanities and Social Science Unit, School of Population and Global Health, the University of Melbourne. She came to the history of medicine and science through a degree in science and a previous career as a medical writer for a mass circulation newspaper. After completing a Master of Science in the history and philosophy of science, Ann completed a PhD titled 'Mind, Mania and Science: Psychiatry and the Culture of Experiment in Mid-Twentieth Century Victoria'. Her thesis gave rise to work with Museum Victoria and the University of Melbourne investigating nineteenth and twentieth century mental health care in Australia.