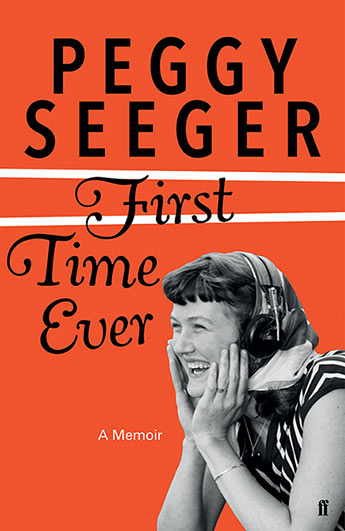 A superbly wrought memoir from one of folk music's most respected and influential musicians, Peggy Seeger, who herself inspired one of the twentieth century's most popular love songs, 'The First Time Ever I Saw Your Face'.

Peggy Seeger is one of folk music's most influential artists and songwriters. Born in New York City in 1935, she enjoyed a childhood steeped in music and left-wing politics - they remain her lifeblood. After college, she travelled to Russia and China - against US advice - before arriving in London, where she met the man with whom she would raise three children and share the next thirty-three years: Ewan MacColl. Together, they helped lay the foundations of the British folk revival, through the influential Critics Group and the landmark BBC Radio Ballads series. And as Ewan's muse, she inspired one of the twentieth century's most popular love songs, 'The First Time Ever I Saw Your Face'.

With a clear eye and generous spirit, Peggy writes of a rollercoaster life - of birth and abortion, sex and infidelity, devotion and betrayal - in a luminous, beautifully realised account.

Peggy Seeger is a singer of traditional Anglo-American songs and activist songwriter, with 200 songs under her belt, one a major anthem of the women's movement. She is a multi-instrumentalist - playing piano, guitar, 5-string banjo, Appalachian dulcimer, autoharp and English concertina - has recorded 23 solo albums, and has contributed to more than 100 others. In 2014, she was awarded the inaugural Women in Music Award for Creative Inspiration, and in 2015 she and her son Calum won Best Original Song at the BBC Radio 2 Folk Awards. She has an Honorary Doctorate in Art from the University of Salford and lives in Oxford.