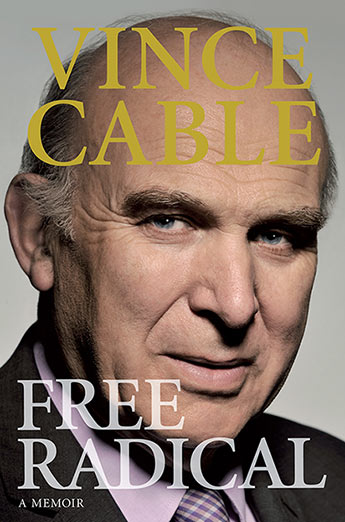 Today Vince Cable is best known as 'the undisputed heavyweight champion of the credit crunch in Parliament' (Robert Peston), revered for his prescience and authority on the world economic crisis. But his journey to become Britain's most respected politician has been long, circuitous and sometimes very painful. In this memoir he tells that story for the first time.

Born into a working-class family in York, he became interested in both politics and development economics at university. These enthusiasms led him to Nairobi, where, at the age of 23, he worked in the Treasury of Kenya. He met Olympia Rebelo, a Kenyan Goan, when they were both working in a psychiatric hospital in York, and when she returned to Nairobi they married despite fierce opposition from both families.

Cable's career took his young family from Glasgow to London and on to India and the oil industry. Throughout this time, Cable became more and more involved with politics and social justice, joining the SDP when it was founded in 1981. When in 1997 he was elected as Liberal Democrat MP for Twickenham, his wife was in the late stages of cancer, which she fought courageously until 2001. In this autobiography he describes the effect of that tragedy on himself and his family, how he threw himself into politics and how he met Rachel Wenban Smith and found marital happiness again.The book culminates with Cable's gripping account of the economic crisis and his transformation from lone voice to leader of parliamentary opinion.

Free Radical is a candid book, written with wit and great insight. Vince Cable's life story is a long way from that of a conventional career politician. His book is as compelling as it is timely.