The Making of An Illusion 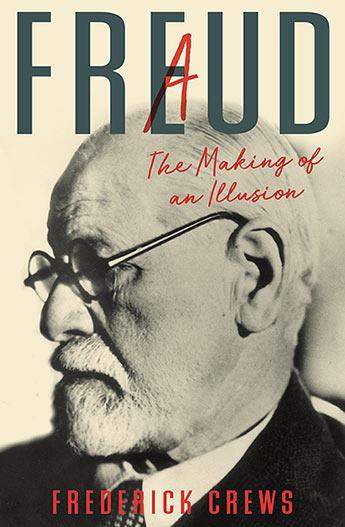 A searing examination of Freud's life and legacy, from a major academic

Sigmund Freud is one of the most influential figures of western society. His ideas transformed the way that we think about our minds, our selves, and even our thoughts. But while he was undeniably a visionary thinker, Freud's legend was also the work of years of careful mythologizing, and a fierce refusal to accept criticism or scrutiny of his often unprincipled methods.

In Freud: The Making of an Illusion, Frederick Crews dismantles Freud's totemic reputation, brick by brick. Looking at recently revealed correspondence, he examines Freud's own personality, his selfishness, competitiveness and willingness to cut corners and exploit weaknesses to get his own way. He explores Freud's whole-hearted embracing of cocaine as a therapeutic tool, and the role it played in his own career. And he interrogates Freud's intellectual legacy, exposing how many of his ideas and conclusions were purely speculative, or taken wholesale from others.

As acidic as it is authoritative, this critique of the man behind the legend is compulsory reading for anyone interested in Freudianism.
More books by this author

Frederick Crews is an essayist and literary critic. Professor Emeritus of English at the University of California, Berkeley, Crews is the author of books on Henry James, E. M. Forster, Nathaniel Hawthorne and Postmodern Pooh, a book of satirical essays parodying contemporary criticism (Profile). Crews has written a number of essays, book reviews and commentaries for The New York Review of Books, on topics including Freud.