The secret life of a restaurant critic in disguise 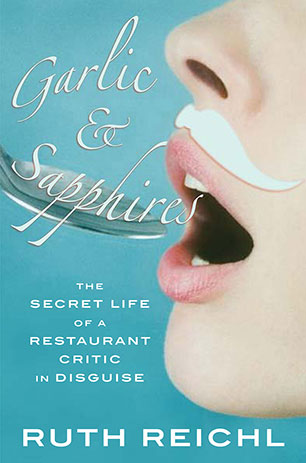 A funny, tell-all memoir from the New York Times' most controversial restaurant critic.

When Reichl took over from the formidable and aloof Bryan Miller as the New York Times' restaurant reviewer, she promised to shake things up. And so she did. Gone were the days when only posh restaurants with European chefs were reviewed. Reichl, with a highly developed knowledge and love of Asian cuisine from her years as a West Coast food critic, began to review the small simple establishments that abound in Manhattan, Brooklyn and Queens. Many loved it, the Establishment hated it, but her influence was significant.

She brought a fresh writing style to her reviews and adopted a radical way of getting them. Amassing a wardrobe of wigs and costumes, she deliberately disguised herself so that she would not receive special treatment. As a result, she had a totally different dining experience as say, Miriam the Jewish mother than she did as Ruth Reichl the reviewer, and she wasn't afraid to write about it. The resulting reviews were hilarious and sobering, full of fascinating insights and delicious gossip.

Garlic and Sapphires is a wildly entertaining chronicle of Reichl's New York Times years.
More books by this author

Ruth Reichl is the chief editor at Gourmet Magazine, and was the chief restaurant critic for The New York Times for most of the 1990s. She held the same post at the Los Angeles Times for ten years and was chef/owner at the Swallow Restaurant in California in the mid-seventies. She has written for numerous publications including Vanity Fair, Family Circle, Metropolitan Home and Food and Wine.