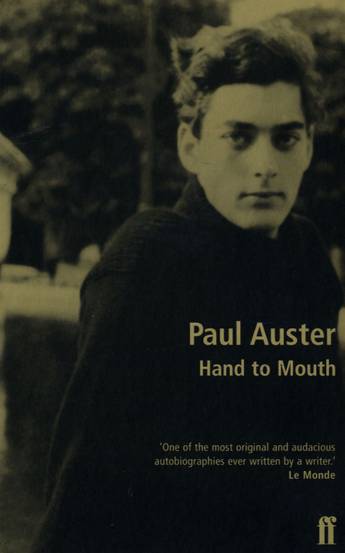 Download cover
Availability: Not available to order from this website, please try another retailer
One of the most original and audacious autobiographies ever written by a writer, Hand to Mouth tells the story of the young Paul Auster's struggle to stay afloat. By turns poignant and comic, Auster's memoir is essentially a book about money - and what it means not to have it. From one odd job to the next, from one failed scheme to another, Auster investigates his own stubborn compulsion to make art and, in the process, treats us to a series of remarkable adventures and unforgettable encounters. The book ends with three of the longest footnotes in literary history: a card game, a baseball thriller, and three short plays.
More books by this author

Paul Auster was born in Newark, New Jersey in the United States in 1947. He graduated from Columbia University with an MA degree. In 1970 he worked as a merchant seaman on an Esso oil tanker. From 1971 to 1974 he lived in France, spending two years in Paris and one in Provence. After returning to New York in 1974, he began his writing career.Throughout the 1970s he wrote mainly poetry and essays which appeared in various magazines including the New York Review of Books. During the 1980s he concentrated on prose writing: a memoir and four novels were published.His screenplay Smoke and Blue in the Face was published in April 1996 to coincide with the release of the film, and in 1999 Faber published the screenplay Lulu on the Bridge. The Art of Hunger (a collection of essays, interviews and prose) and his Selected Poems were published in November 1998.He is the author of nine novels, including The New York Trilogy