How the world my generation built is falling down, and what we can do to save it 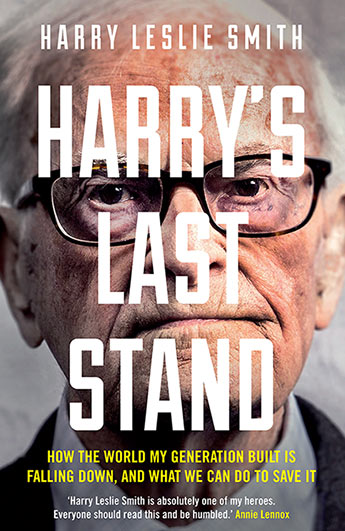 'As one of the last remaining survivors of the Great Depression and the Second World War, I will not go gently into that good night. I want to tell you what the world looks like through my eyes, so that you can help change it.'

In November 2013, 91-year-old Yorkshireman, RAF veteran and ex-carpet salesman Harry Leslie Smith's Guardian article - 'This year, I will wear a poppy for the last time' - was shared almost 60,000 times on Facebook and started a huge debate about the state of society.

Now he brings his unique perspective to bear on NHS cutbacks, benefits policy, political corruption, food poverty, the cost of education - and much more. From the deprivation of 1930s Barnsley and the terror of war to the creation of our welfare state, Harry has experienced how a great civilisation can rise from the rubble. But at the end of his life, he fears how easily it is being eroded.

Harry's Last Stand is a lyrical, searing modern invective that shows what the past can teach us, and how the future is ours for the taking.
More books by this author

Harry Leslie Smith is a survivor of the Great Depression, a second world war RAF veteran and, at 91, an activist for the poor and for the preservation of social democracy. His Guardian articles have been shared over 80,000 times on Facebook and have attracted huge comment and debate. He has authored numerous books about Britain during the Great Depression, the second world war and postwar austerity. He lives outside Toronto, Canada and in Yorkshire.