How to Be a Movie Star 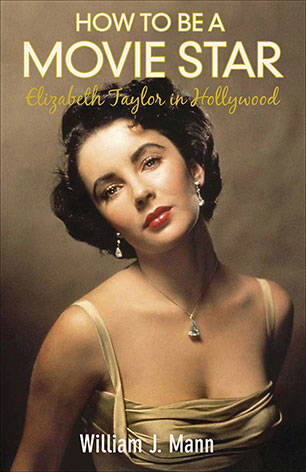 An intimate, up-close look at a girl who grew up with fame and who came to represent the very essence of Hollywood stardom.

From her days as a youthful minx at Metro Goldwyn Mayer (MGM) to her post-studio reign as America's lustiest middle-aged movie queen, Taylor has defined the very essence of Hollywood stardom.

How to Be a Movie Star is a different kind of book about Elizabeth Taylor: an intimate, up-close look at a girl who grew up with fame, who learned early - and well - how to be famous, and how that fame was used and constructed to carry her through more than sixty years of public life. Indeed, one might say Elizabeth went to school to learn how to be famous, her education courtesy of MGM, the greatest most glamorous movie studio of all time.

What separates the truly great like Taylor from the rest of the celebrity flock? Today, stars of Taylor's calibre are at a premium. If not the Greatest, she is certainly the Last. Some years ago, she called herself 'Mother Courage', and vowed she'd be dragging her sable coat behind her into old age.
More books by this author

William J. Mann has written for the Boston Globe, the Los Angeles Times, the Hartford Courant, Salon, and other publications. He is the author of Kate: The Woman Who Was Katharine Hepburn; Edge of Midnight: The Life of John Schlesinger; Behind the Screen: How Gays and Lesbians Shaped Hollywood; and Wisecracker: The Life and Times of William Haines. He lives in Provincetown, Massachusetts.