It's a Don's Life 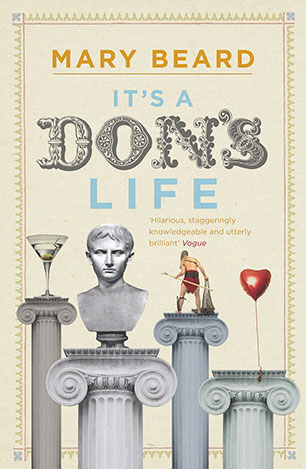 Britain's best known classicist speaks her mind on the ancient, and modern, worlds.

Mary Beard's by now famous blog It's A Don's Life has been running on the Times Literary Supplement website for nearly three years. In it she has made her name as a wickedly subversive commentator on the world in which we live. Her central themes are the classics, universities and teaching - and much else besides. What are academics for? Who was the first African Roman emperor? Looting, ancient and modern. Are modern exams easier? Keep Lesbos for the Lesbians. Did St Valentine exist? What made the Romans laugh? That is just a small taste of this selection (and some of the choicer responses) which will inform, occasionally provoke and cannot fail to entertain.
More books by this author

Mary Beard is a professor of classics at Newnham College, Cambridge, and the classics editor of the Times Literary Supplement. Her books include the acclaimed and best-selling Pompeii, The Roman Triumph and The Parthenon (in the Wonders of the World series of which she is general editor).