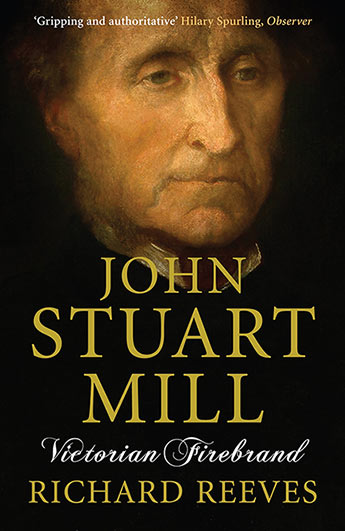 Now in paperback, Richard Reeves' beautifully written book is the definitive life of one of the heroic giants of Victorian England and the first biography for general readers since 1954: 'The best book I have read in a long time' - Ben Wilson, 'Literary Review'. A young activist and highly-educated Cambridge Union debater, Mill would become in time the highest-ranked English thinker of the nineteenth century, the author of the landmark essay 'On Liberty' and one of the most passionate reformers and advocates of his revolutionary, opinionated age. As a journalist he fired off a weekly article on Irish land reform as the people of that nation starved, as an MP he introduced the first vote on women's suffrage, fought to preserve free-speech and opposed slavery, and, in his private life, pursued for two decades a love affair with another man's wife. To understand Mill and his contribution, Richard Reeves explores his life and work in tandem. His book is a riveting and authoritative biography of a man raised to promote happiness, whose life was spent in the pursuit of truth and liberty for all.