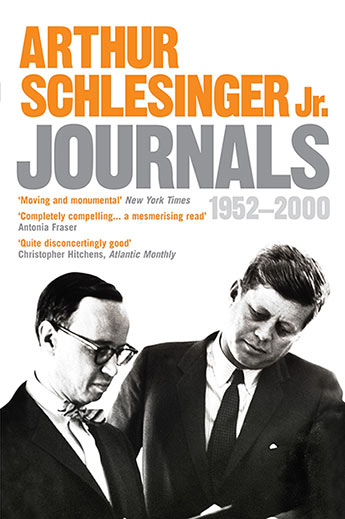 Frank, revelatory, suffused with wit and humanity, Arthur Schlesinger Jr's journals offer an intimate history of post-war America, from his days on Adlai Stevenson's campaign team to his years in JFK and RFK's inner circle, through to the election of George W. Bush. They contain candid reminiscences of the defining events of our time - including the Bay of Pigs, the devastating assassinations of the 1960s, Vietnam, Watergate, the fall of the Soviet Union, and Bush vs Gore. They also offer an extraordinary window into the lives of the remarkable range of politicians, intellectuals, writers, and actors who were his friends - from the Kennedys to Kissinger and the Clintons, from Norman Mailer to Lauren Bacall and Marilyn Monroe.

Together Schlesinger's journals form an astonishingly vivid portrait of American politics and culture in the second half of the twentieth century - one that only a man who knew everyone, and missed nothing, could provide.