King Kong - Our Knot of Time and Music 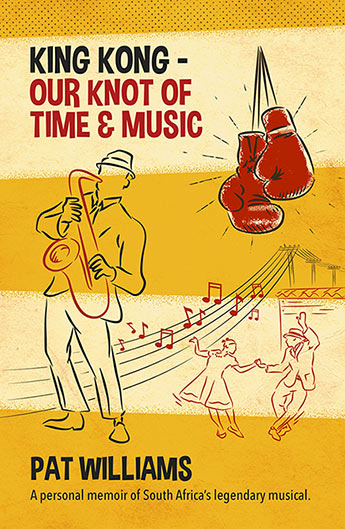 Published to coincide with the stage revival of King Kong, a behind the scenes account of the legendary South African musical and its ongoing legacy.

On 2nd February 1959, a musical about the life and times of heavyweight boxing star Ezekiel Dlamini (known as 'King Kong') opened in Johannesburg to a packed audience that included Nelson Mandela. King Kong was not just South Africa's first ever musical, but one that grew out of a collaboration between black people and white, and showcased an all black cast. It was an instant hit, bursting through the barriers of apartheid and eventually playing to 200,000 South Africans of every colour before transferring to London's West End.

Pat Williams, the show's lyricist, was at the time an apolitical young woman trying to free herself from the controls and prejudices of the genteel white society in which she lived. Here she recounts her experience of growing up in a divided South Africa, her involvement in the musical, and its lasting impact both on herself and on the show's cast, many of whom went on to find international fame. Her memoir takes the story up to the present, and is not only a vivid evocation of a troubled time and place, but also a celebration of a joyous production, in which a group of young people came together in South Africa's dark times - to create a show which still lives on today.
More books by this author

Pat Williams, who began her working life at sixteen, is an award-winning writer, journalist, script-writer and broadcaster, as well as a psychotherapist. She loves stories, spent ten years as director of the College of Storytellers (formed to help kickstart the British storytelling revival), and gives popular workshops and seminars on metaphor and therapeutic storytelling in Britain and elsewhere. Pat has lived in London for decades, as well as, in recent years, on the Isle of Arran.