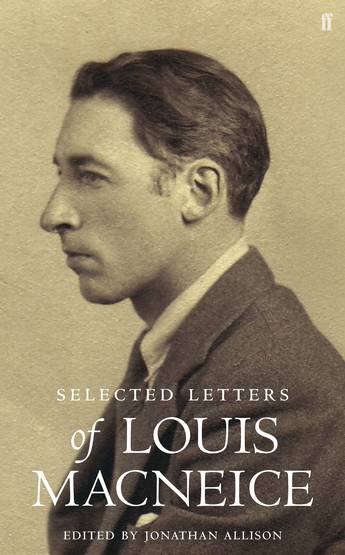 The Selected Letters is a companion volume to the acclaimed new Faber edition of the Collected Poems, and will constitute a vital source for readers of MacNeice and students of his life and work.

Louis MacNeice is increasingly recognised as one of the greatest poets of the twentieth century, and his work has been a defining influence upon a generation of Irish poets that includes Derek Mahon, Michael Longley and Paul Muldoon.

The Selected Letters is indispensable as a resource for an understanding of the intellectual culture of the mid-twentieth century. A Classics don, poet, playwright and globetrotting BBC producer, the medley and blend of MacNeice's cultural influences seems exemplary in its modernity. He kept up a significant correspondence with E. R. Dodds, Anthony Blunt and T. S. Eliot, to name but three prominent figures of the time.

During his time at the BBC MacNeice witnessed many key events, including the partition of India in 1947 and the independence of the Gold Coast from Britain in 1957, and these are recorded in two long sequences to his wife, the singer Hedli Anderson.

His complex relationship to Ireland and to his Irish heritages speak resonantly to contemporary debates about Irish and Northern Irish cultural identity. Finally, the Letters will do much to broaden our understanding of a vivid and often enigmatic personality whose varied life and individual charisma have often resisted explanation.
More books by this author

Jonathan Allison was born in Belfast and educated at Queen's University, Belfast, University College London and the University of Michigan. He has been a Fellow at the Institute for Advanced Studies in the Humanities, University of Edinburgh, and was formerly Director of the W.B.Yeats International Summer School, Sligo. His previous edited books include Yeats's Political Identities (University of Michigan P, 1996), Contemporary Poetry and Culture: the Question of Value, edited with Andrew Roberts (Edinburgh UP, 2002), and Bound for the 1890s: Essays on Writing and Publishing in Honor of James G. Nelson (Rivendale P, 2006). He is Associate Professor of English at the University of Kentucky.