Mae West: It Ain't No Sin 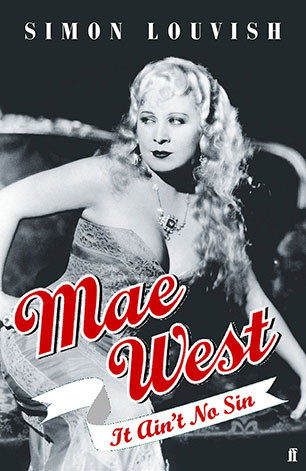 'I used to be Snow White, but I drifted.'

Drawing on unpublished material from Mae West's personal papers, acclaimed biographer Simon Louvish offers us the first comprehensive book on West's legendary and sassy life and work. He examines her early vaudeville career, her transgressive and controversial Broadway plays (such as Sex), and her film career.

The book also traces Mae's later career from the 1940s through to the 1970s, with new material on her larger-than-life Las Vegas and nightclub acts, and fascinating insight into her life with her companion-til-death, Paul Novak. Louvish, having inspected realms of West's private writings, also provides a completely new perspective on her as an original writer and creator, and traces the origin and development of the famous 'Mae West quips'.

This is certainly the first book to tell West's tale with verifiable accuracy, as one of the great showbiz sagas of the twentieth century. It is both a distinctively American and rambunctiously universal tale.
More books by this author

Simon Louvish is a biographer of comedians, an author of satirical and outrageous fiction, a part-time film teacher at the London Film Scho ol and a film screenwriter. He is married and lives in Fulham, London.