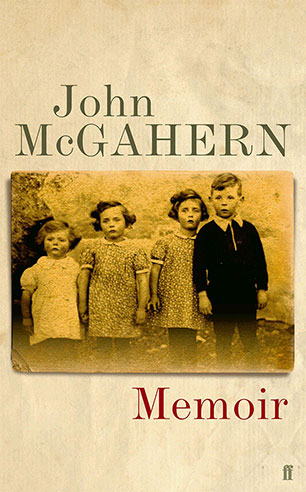 An intensely moving memoir of childhood love and loss

John McGahern's mother dies young, of cancer - leaving him in charge of his father, a police sergeant trapped in a rural station where nothing ever happened, during the war years when Ireland was cut off from the outside world.

At the heart of the book, rendered in exqusite detail, are McGahern's memories of his mother and of the pleasures and beauties of the landscape in the harsh environment of County Leitrim. There is an unbearably moving portrait of his mother's drawn-out illness, of her approach to death, and of his own grief. If the book is a moving reenactment of filial love, it is also an account of the suffocating relationship between a father and his son. The sergeant was a secretive, brutal and mercurial man. In response, the young John McGahern found his way to books and the life of the mind, and a dream that he could himself write books in which language and feeling mattered as much as the mere form of the tale.

A classic family story, told with exceptional restraint and tenderness, John McGahern's first work of non-fiction cannot fail to move all those who read it.
More books by this author

John McGahern was born in Dublin in 1934 and brought up in the West of Ireland. He is a graduate of University College, Dublin. He has worked as a Primary School teacher and has held various academic posts at universities in Britain, Ireland and America.

In the opinion of the UK's Observer, John McGahern is 'Ireland's greatest living novelist'. He is the author of six highly acclaimed novels and four collections of short stories, and has been the recipient of numerous awards and honours, including a Society of Authors Travelling Scholarship, the American-Irish Award, the Prix Etrang re Ecureuil and the Chevalier de l'Ordre des Arts et des Lettres. Amongst Women,which has won both the GPA and the Irish Times Award, was shortlisted for the Booker Prize and made into a four-part BBC television series. His work has appeared in anthologies and has been translated into many languages. John McGahern lives in County Leitrim, Ireland.