The Definitive Biography of the Greatest of All Time 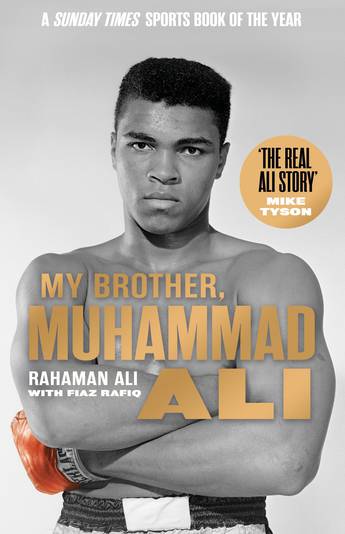 From Muhammad Ali's brother comes the most intimate biography ever written on the legendary sportsman.

'Rahaman has, at last, written the definitive biography on his late brother, which tells the real Ali story' - Mike Tyson

'The real life of the Great One' - George Foreman

'A must for fight fans' - Sunday Sport

'A welcome and insightful addition to Ali literature' - Sunday Times

'Heart-warming, multi-faceted and hard-hitting [...] Unlike any other biography on Muhammad Ali' - Fox Sports

More words have been written about Muhammad Ali than almost anyone else. He was, without doubt, the world's most-loved sportsman. At the height of his celebrity he was the most famous person in the world. And yet, until now, the one voice missing belonged to the man who knew him best - his only sibling, and best friend, Rahaman Ali.

No one was closer to Ali than Rahaman. Born Cassius and Rudolph Arnett Clay, the two brothers grew up together, lived together, trained together, travelled together, and fought together in the street and in the ring.

A near-constant fixture in his sibling's company, Rahaman saw Ali at both his best and his worst: the relentless prankster and the jealous older brother, the outspoken advocate, the husband and father. In My Brother, Muhammad Ali, he is able to offer a surprising insider's perspective on the well-known stories, as well as never-before-told tales, painting a rich and intimate portrait of a proud, relentlessly polarizing, yet often vulnerable man.

In this extraordinary, poignant memoir, Rahaman tells a much bigger and more personal story than in any other book on the great man - that of two brothers, almost inseparable from birth to death. It is the final and most important perspective on one of the most iconic figures of the last century.
More books by this author

No one was closer to Muhammad Ali than Rahaman, his only sibling and best friend. The brothers lived together, trained together and shared pivotal experiences, from Ali's time in the Nation of Islam to the iconic 'Rumble in the Jungle' against George Foreman. Rahaman became Ali's best sparring partner and part of his inner circle, also acting as a personal bodyguard throughout his brother's career. Rahaman retired from competing as a heavyweight himself in 1972, with a record of fourteen wins, three losses and one draw.