My First Summer In The Sierra 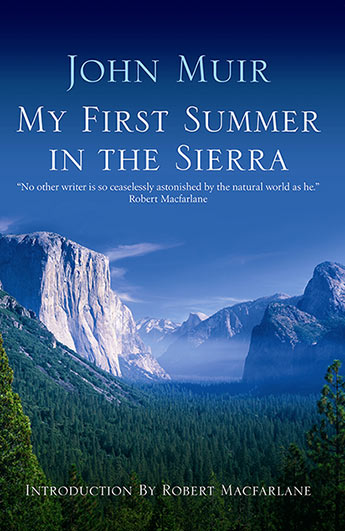 Download cover
Availability: Not available to order from this website, please try another retailer
John Muir, a young Scottish immigrant, had not yet become the famed conservationist whom he liked to call "John o' the Mountains" when he first trekked into the foothills of the Sierra Nevada not long after the end of the Civil War. Having caught a glimpse of such magical places as Tuolumne Meadows and El Capitan, Muir ached to return, and in the summer of 1869 he signed on with a crew of shepherds and drove a flock of 2,500 woolly critters toward the headwaters of the Merced River.

The diary he kept while tending sheep forms the heart of My First Summer in the Sierra; published in 1911, it enticed thousands of Americans to visit the Yosemite country. The book is full of the concerns Muir would later voice as America's foremost preservationist and wildlands advocate, which would bear fruit in the creation of several national parks and monuments.

John Muir (1838-1914) was born and raised in Dunbar, East Lothian. When his family emigrated to Wisconsin in 1849, young John was bought up to hard labour on his father's homestead. A natural inventor, he first discovered the joys of walking, and writing, after an industrial accident nearly blinded him. His journals, articles and lectures helped to develop international awareness of the need to preserve and protect the environment, and led to the foundation of the General Grant, Sequoia and Yosemite national parks in the US, as well as important conservation areas in his native East Lothian. John Muir has been honoured ever since as the father of the modern environment movement.