One Meal, a Lifetime in the Making 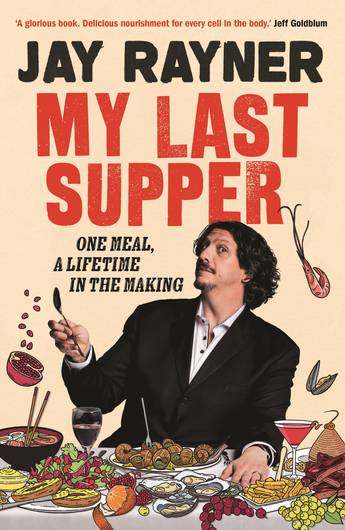 A brilliantly entertaining account of Jay Rayner's life in food and his attempt to construct his perfect last supper.

'You're about to die. What would your final meal be?'

An awful lot of people seem to want Jay Rayner dead, if the regularity with which he hears that question is anything to go by. Rather than dwell too much on that fact, in My Last Supper Jay embarks on a journey through his life in food, in pursuit of the meal to end all meals.

His quest takes him from oysters on the Essex coast to sourdough in San Francisco, and from his love affair with a particular Swiss vinegar to the bacon sarnies of his student days. There are rhapsodies about spare ribs, butter epiphanies aplenty and tales of a secret childhood addiction to Revels. Jay also shares his own home recipes, including many ways to transform a pig into a godly thing - from porchetta to pork belly teriyaki.

Part memoir, part investigation of the ingredients that fill our table, the end result is a truly global journey through food and our relationship with what we eat. It is the story of one hungry man, in eight courses.
More books by this author

Jay Rayner is an award-winning writer, journalist and broadcaster with a fine collection of shirts. He has written on everything from crime and politics, through cinema and theatre to the visual arts, but is best known as the restaurant critic for the Observer. For a while he was a sex columnist for Cosmopolitan; he also once got himself completely waxed in the name of journalism. He only mentions this because it hurt.

Jay is a former Young Journalist of the Year, Critic of the Year and Restaurant Critic of the Year, though not all in the same year. In 2018 he was named Restaurant Writer of The Year in the Fortnum and Mason Food and Drink Awards. He performs live all over the country, both with his one man shows and as a pianist with his jazz ensemble, The Jay Rayner Quartet. He is a regular on British television, where he is familiar as a judge on MasterChef and, since 2012 has been the chair of BBC Radio 4's food panel show The Kitchen Cabinet. He likes pig.