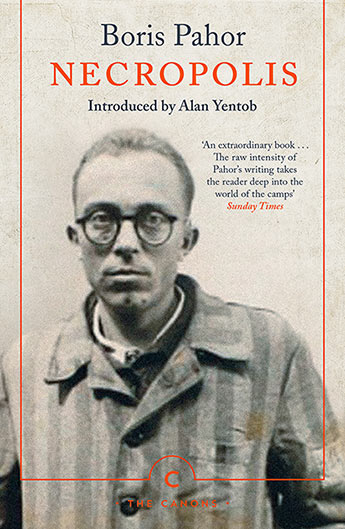 A classic of Holocaust literature from the camps' oldest known survivor; introduced by Alan Yentob

Boris Pahor spent the last fourteen months of World War II as a prisoner and medic in the Nazi camps at Bergen-Belsen, Harzungen, Dachau and Natzweiler-Struthof. Twenty years later, as he visited the preserved remains of a camp, his experiences came back to him: the emaciated prisoners; the ragged, zebra-striped uniforms; the infirmary reeking of dysentery and death.

Necropolis is Pahor's stirring account of providing medical aid to prisoners in the face of the utter brutality of the camps - and coming to terms with the guilt of surviving when millions did not. It is a classic account of the Holocaust and a powerful act of remembrance.
More books by this author More books in this series

Boris Pahor is a member of the Slovenian national minority in Italy, and is considered among the greatest living writers in the Slovenian language. Several of his works portray the experiences of World War II concentration camp prisoners, and their attempts to reintegrate into everyday life after the war - a process Pahor, a Dachau survivor, personally experienced.