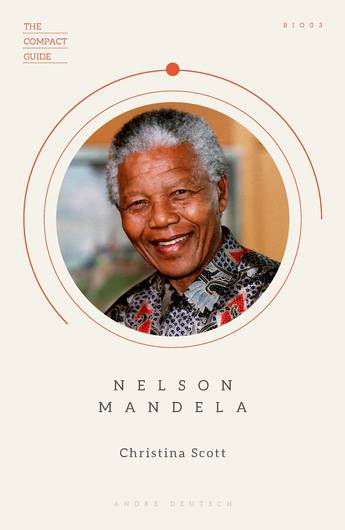 The Compact Guide: Nelson Mandela is the definitive short chronicle of perhaps the most recognised and best-loved statesman and activist in history. Starting from the very beginning of Mandela's life in the tribal Thembu clan, read how this unassuming young man became a figure that led the people of South Africa into a new world, away from the apartheid regime and into a multi-racial democracy.

Nelson Mandela will always be seen as the face of world freedom, an ambassador for civil rights, and a heroic liberator whose influence and image of moral integrity extended way beyond his homeland. He spent 27 years in prison; his eventual release and election as South Africa's first black president were landmark events in twentieth-century history.

Packed with narrative colour, this is the essential life of one of the world's most revered leaders.
More books by this author More books in this series

Christina Scott was an award-winning journalist for radio, television, print and the Internet. She first went to South Africa, intending to stay for three months, at a time when it seemed that Nelson Mandela was never going to get out of jail. Just after she arrived, martial law was imposed. Whilst covering the mayhem in the townships, the police tried to kick the reporter out, calling her a security risk, but she stayed, enduring death threats, arrests and assaults. Scott covered the day that Mandela was released from jail and his first visit to some of the most war-torn parts of the country. She also produced Mandela's first ever radio talk show.

Category: Other books
ISBN: 9780233006192
Table Of Contents: Girding for Battle' • 'I Have Crossed Famous Rivers' • 'The People Shall Rule' • The Winds of Change Blow - Backwards • The Attack of the Wild Beast • 'Esiquithini' - 'At the Island' • The Path to Freedom • 'I Feel Like an Old Battery That Has Been Recharged!' • President Nelson Mandela • 'I Can't Rest' • 'Nelson Mandela, There is No One Like You' • Memorial and Funeral.
Publisher: Welbeck
Imprint: Welbeck Non-Fiction
Page Extent: 128
Format: Paperback - B format
Subject: Biography & True Stories