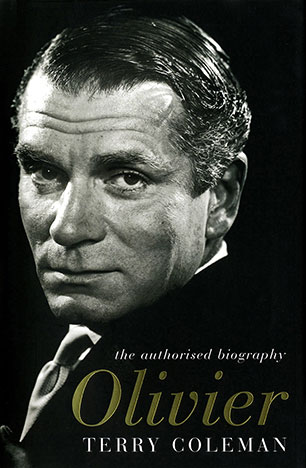 Written with uncensored access to Olivier's personal papers, love letters and diaries, a landmark biography of the greatest actor of the twentieth century

Laurence Olivier is a complex and unexpected portrait of a man tormented by his own ruthless genius and everlasting guilt. It is the story of a High Church clergyman's son who became a West End matinee idol, and only at the age of twenty-eight determined to make himself a great Shakespearean actor, which he did in one season at the Old Vic. The next year he made himself a Hollywood star in Wuthering Heights and Rebecca, then produced, directed and acted in his own Shakespeare movies.

Work and sex were for him inseparable: acting, he once said, was like coming for a living. Having abandoned his first wife, he entered a turbulent marriage with the intermittently mad Vivien Leigh. She dominated his life for twenty years and they became the royal family of the British stage. Then, to save himself and his work, he 'dropped the legend' and wrenched himself away from her, and was ever afterwards tormented by a sense of sin which only heroic and incessant work could expiate.

He married Joan Plowright, a generation younger than himself, had a new young family, and became founding director of the National Theatre. But even the National, in his view, ended in betrayal and tragedy. For twenty years he was stricken by one mortal illness after another. When he could no longer stand on a stage he acted sitting down. In his last years he played so many famous death scenes that when he died at the age of eight-two his son half expected him to emerge from the house to be congratulated on yet another. St Paul's and Westminster Abbey, the two principal theatres of the English church, outbid each other to stage the positively final ap
More books by this author

Terry Coleman, as a political journalist, interviewed eight prime ministers, from Macmillan to Blair, and in 1988 was named journalist of the year. His previous books include a biographical study of Thomas Hardy, Passage to America, a history of nineteenth century emigration and a biography o