What My Daughter Taught Me About Time 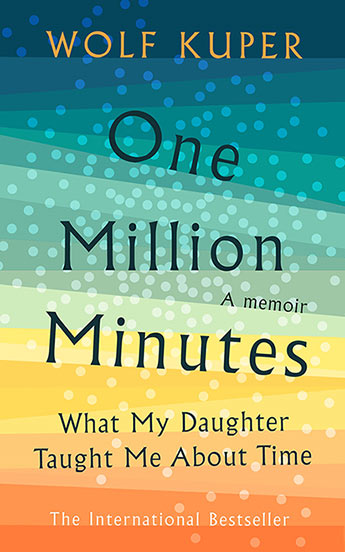 Successful UN consultant Wolf Kuper quits climbing the career ladder to travel the world with his family, after his daughter asks him to give her a million minutes of his time.

When a stressed-out Wolf tells his four-year-old daughter Nina that he can only spend ten more minutes reading her bedtime stories before he has to get back to work, she wishes that they could have a million minutes together 'on the really good things. Let's go so far away, until we have time,' she says.
Nina has cerebral ataxia and, although she is physically disabled, Wolf feels that the thing that really makes her different is her complete freedom of thought, uninhibited by political correctness and unlimited by the restrictions of 'reality'. As Wolf comes to understand the magnitude of her condition, he starts to reconsider what is most important in life. Despite a huge break-through in a career he has worked so hard for, he decides to step off the career ladder. Colleagues claim he is ruining his life, but Wolf slowly learns that fulfilling Nina's wish is worth much more than professional success.
Wolf, his wife Vera, his son Simon and Nina spend a million minutes - two years - travelling through Thailand, Australia, and New Zealand, but the real journey is one of personal discovery. Wolf may have wanted the high-flying, well-paid career before Nina was born, but what does he want now? And what does it really mean to be rich, anyway? Nina's unique, frequently humorous world view teaches Wolf about the deeper meaning of life, and inspires him to question his values. What starts out as a simple experiment will forever change Wolf's family: what happens to people who take a million minutes for each other?
More books by this author

Wolf Kuper was born in the 1970s in Germany. Being the son of musicians, he spent most of his childhood in the wings of opera houses or lurking beneath grand pianos.
After studying at university, Wolf Kuper became a researcher in Latin America - his first job was to examine treetops in the Amazon in Venezuela from a 40-metre-high crane. Later he gained his PhD in the field of international environment politics and coordinated an international research project on patterns of biological diversity in Sub-Saharan Africa. He went on to become an expert on environmental protection for the United Nations Environment Programme, until a simple conversation with his daughter ended an extremely promising professional career and changed the course of his life. It also made him a time millionaire, sending him and his family on several journeys through Asia, New Zealand and Australia. Wolf Kuper has never regretted his decision to devote a million minutes (and counting) to his family and spend more time on his writing.
Wolf and his family now live in Cape Town, South Africa, where he is working on his second book.