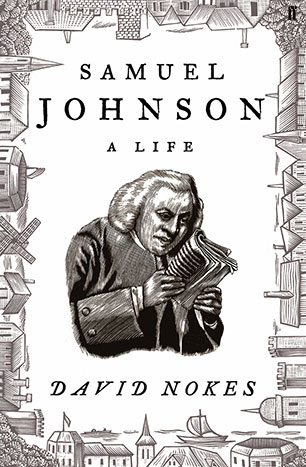 An original and rewarding portrait of Samuel Johnson, one of the great figures of English Literature.

Johnson, born weak and half-blind, shambolic and poverty-stricken, became the most admired and quoted man in the eighteenth century. Thrown out of Oxford for a lack of funds, he rose to celebrity: author of the Dictionary, a friend to the king, companion of Reynolds, Goldsmith and Garrick.

David Nokes looks beyond Johnson's remarkable public persona and beyond the Johnson that Boswell to some extent created. Nokes looks at his troubled relationship with his first wife, whom he married for money but felt guilty about for the rest of his life; at his family, who haunted his dreams for years; and at his difficult, intimate relationship with Mrs Thrale. He shows a man who gave a quarter of the government pension he received to the poor, filled his home with the blind and destitute, and bequeathed his wealth to Frank Barber, an emancipated black slave brought from Jamaica. Insightful and engaging, Samuel Johnson draws an illuminating portrait of Johnson, his life and world.

David Nokes is Professor at King's College, London, working on 18th century literature. His book Jonathan Swift, A Hypocrite Reversed won the James Tait Black prize in 1985 and he also published biographies of John Gay (1995) and Jane Austen (1997). His adaptation of Clarissa for BBC TV was nominated for a BAFTA in 1991.