Scenes from a Revolution 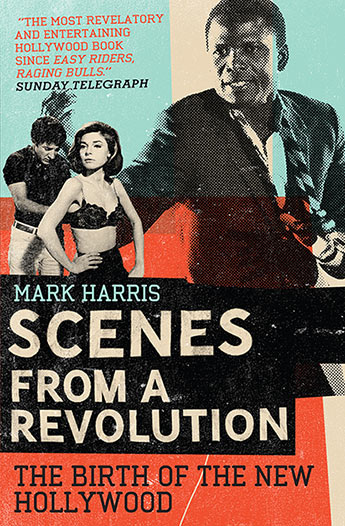 Scenes from a Revolution is an exceptional analysis of the films shortlisted for the Best Picture Academy Award of 1967 as well as an illuminating window into the popular culture of the time. With behind-the-scenes gossip creating as much drama as the movies themselves, Hollywood in 1967 showcased the future of film in more ways than one. From the anti-heroes of Bonnie and Clyde and the illicit sex of The Graduate to the race relations of In The Heat of the Night, suddenly no subject was taboo. This was a time of turbulence as hip young filmmakers embodying the restlessness and rebellion of a changing America wrought radical changes to the traditions of cinema.

Mark Harris graduated from Yale University in 1985 with a degree in English. In 1989, he joined the staff of Entertainment Weekly, a magazine published by Time Inc. covering movies, television, music, video and books. Mark worked on the staff of the magazine, first as a writer and eventually as the editor overseeing all movie coverage, from its launch in early 1990 until 2006. He now writes a column for the magazine called The Final Cut. He lives in New York City with his partner, the playwright Tony Kushner.