The Trials of Christine Keeler 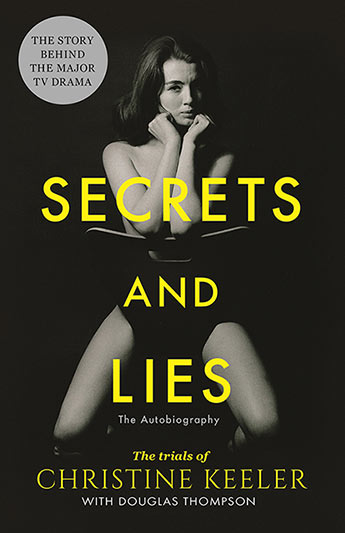 The autobiography of the beautiful young model at the centre of the sex-and-spying scandal that brought down the Tory government of Harold Macmillan - the 'Profumo Affair'- revised and updated since her death in 2017.

In her own words, the life of the beautiful young model and dancer who helped to bring down the Tory government of Harold Macmillan - the 'Profumo Affair' remains the greatest political sex scandal in recent British history.

Following Christine Keeler's death in December 2017, it is now possible to update her book to include revelations that she did not wish to be published in her lifetime. The result is a revised and updated book containing material that has never been officially released, which really does lift the lid on just how far the Establishment will go to protect its own.

Published to coincide with the BBC's major new six-part TV drama series, The Trial of Christine Keeler, starring Sophie Cookson as Keeler and James Norton as Stephen Ward.
More books by this author More books in this series

Douglas Thompson is the author of more than twenty books. A biographer, broadcaster and international journalist, he is a regular contributor to major newspapers and magazines worldwide. His books, published in a dozen languages, include the television-based anthology Hollywood People and a series of bestselling biographies. He divides his time between London and Los Angeles.

Christine Margaret Sloane was Christine Keeler, who died in December 2017, the beautiful young model at the very centre of the sex-and-spying scandal that brought down the Tory government of Harold Macmillan - the so-called 'Profumo Affair'.