The Year of the Jouncer 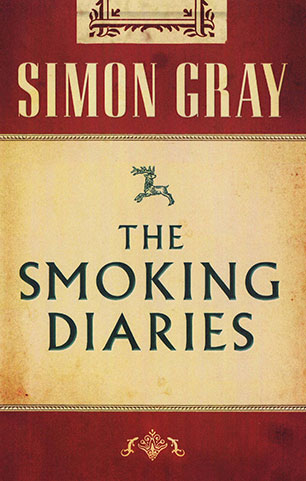 Gray intertwines scenes from his adult and his childish self to produce a brilliant and moving counterpoint of life's unsteady progress.

As a baby, Simon Gray discovered that he could move his pram while still nestling inside it.

'It was a complete mystery to the adult intelligences, how had he done it, if it was he who had done it, but if not he, who then and why? So the next afternoon they (Mummy and Nanny) planted the pram in the usual spot, and stood over it, watching - the baby lay there smiling or snivelling up at them, until it struck them that they should try observing the baby when unobserved by the baby, and they withdrew behind bushes and trees etc; and thus witnessed the swaying of the pram, then the juddering of the pram, then its slow, unsteady progress along the path, the movement accompanied by a low humming and keening sound from within that reminded them more of a dog than a human . jouncing was the word they used for it. I was a jouncer therefore.'

In these, the latest chronicles of triumph and disaster from the celebrated author of The Smoking Diaries, Gray intertwines scenes from his adult and his childish self to produce a brilliant and moving counterpoint of life's unsteady progress. The latest volume of Gray's hilarious memoirs, a worthy successor toThe Smoking Diaries.
More books by this author

Simon Gray was awarded a CBE in the 2005 New Years Honours list. He is the author of over 30 plays, including Butley (1971), The Common Pursuit (1984) and Cell Mates (1995). He has published several volumes of diaries and books about the theatre, includingThe Smoking Diaries, Enter a Fox and Fat Chance all published by Granta. He died in 2008.