An Epitaph for the Living 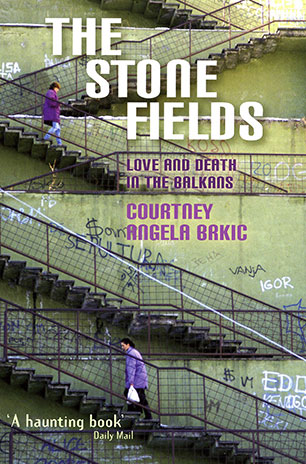 Drawn to Bosnia by her family history, Brkic joined a UN contracting team, helping to excavate mass graves. Transcribing memories of survivors, she retells her own family stories and secrets.

At twenty-three years old, forensic archaeologist Courtney Brkic joined a UN-contracted team excavating mass grave sites in eastern Bosnia. She was drawn there by her family history - her father is Croatian - and she was fluent in the language. As she describes the gruesome work of recovering remains and transcribing the memories of survivors, she retells her family's own catastrophic history in Yugoslavia. Alternating chapters explore her grandmother's life: her childhood in Herzegovina, early widowhood, and imprisonment during the Second World War for hiding her Jewish lover. The movement throughout the book between the past and the present has a powerful effect, evoking belonging and nationality, what it is to feel rooted in a particular country, how its landscape forms you; and also shedding light on the roots of violence and genocide.
More books by this author

Courtney Angela Brkic has been a freelance translator for the UN War Crimes Tribunal, a sociological researcher and contract translator in Croatia (where her family originally came from), a forensic archaeologist in Bosnia-Herzegovina, and a volunteer for Physicians for Human Rights. She is the author of Stillness (Granta). She lives in the USA.