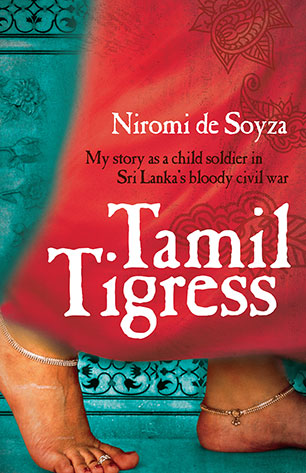 In 1987, 17-year old Niromi de Soyza shocked her middle-class Sri Lankan family by joining the Tamil Tigers. Equipped with a rifle and cyanide capsule she was one of the rebels' first female soldiers. Now married and living in suburban Sydney, this is her story of her time as a guerrilla.

Two days before Christmas in 1987, at the age of 17, Niromi de Soyza found herself in an ambush as part of a small platoon of militant Tamil Tigers fighting government forces in the bloody civil war that was to engulf Sri Lanka for decades. With her was her lifelong friend, Ajanthi, also aged 17. Leaving behind them their shocked middle-class families, the teenagers had become part of the Tamil Tigers' first female contingent. Equipped with little more than a rifle and a cyanide capsule, Niromi's group managed to survive on their wits in the jungle, facing not only the perils of war but starvation, illness and growing internal tensions among the militant Tigers. And then events erupted in ways that she could no longer bear.

How was it that this well-educated, mixed-race, middle-class girl from a respectable family came to be fighting with the Tamil Tigers? Today she lives in Sydney with her husband and children; but Niromi de Soyza is not your ordinary woman and this is her compelling story.
More books by this author

Niromi de Soyza speaks fluent Tamil and Sinhalese and writes vivid beautiful English. For many years she worked for the Red Cross in Sydney, where she still lives with her husband and two young children.