Thanks A Lot Mr Kibblewhite 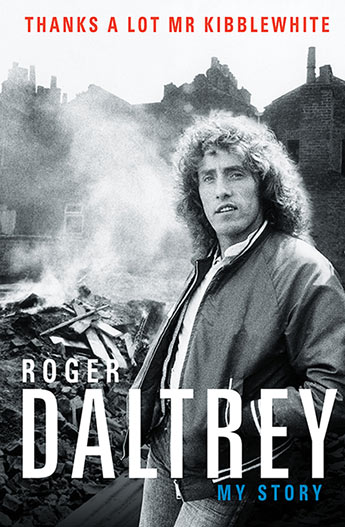 The fascinating and revealing autobiography of rock legend Roger Daltrey, lead singer of The Who.

Roger Daltrey is the voice of a generation.

That generation was the first to rebel, to step out of the shadows of the Second World War . . . to invent the concept of the teenager.

This is the story from his birth at the height of the Blitz, through tempestuous school days to his expulsion, age 15, for various crimes and misdemeanours within a strict school system. Thanks to Mr Kibblewhite, his authoritarian headmaster, it could all have ended there. The life of a factory worker beckoned.

But then came rock and roll. He made his first guitar from factory off-cuts. He formed a band. The band became The Who -- Maximum R&B -- and, by luck and by sheer bloody-mindedness, Roger Daltrey became the frontman of one of the biggest rock bands on the planet.

This is the story of My Generation, Tommy and Quadrophenia, of smashed guitars, exploding drums, cars in swimming pools, fights, arrests and redecorated hotel rooms.

But it is also the story of how that post-war generation redefined the rules of youth. Out of that, the modern music industry was born -- and it wasn't an easy birth. Money, drugs and youthful exuberance were a dangerous mix. This is as much a story of survival as it is of success.

Four years in the making, this is the first time Roger Daltrey has told his story. It is not just his own hilarious and frank account of more than 50 wild years on the road. It is the definitive story of The Who and of the sweeping revolution that was British rock 'n' roll.
More books by this author

Roger Daltrey was born in London in 1944. He formed The Who in 1961, and has been one of the world's greatest rock musicians for over 50 years.